Social care cap: how the new system will work and why it’s unfair – an expert explains 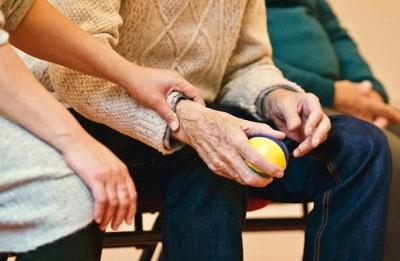 Janette Rutterford, Emeritus Professor of Finance and Financial History at The Open University writes for The Conversation about why means-tested support will impact those who are less well-off, as they will end up losing more of their assets to pay for their care.

Boris Johnson’s proposed new cap on social care has moved a step closer to reality after a majority of MPs voted in favour of it in parliament. The cap, which is part of a wider set of plans to reform social care, is designed to address the fact that some people end up losing their homes and savings because of what they have to pay for care.

Under the current system, one in ten people aged 65 in England will incur social-care costs of £100,000 or more over their lifetimes. From 2023, the government proposes that £86,000 will be the maximum that anyone has to spend on care costs.

Unfortunately, however, the proposals come with major drawbacks. How the cap is reached is not as straightforward as it initially appears. And above all, the proposed changes will not help many of the less well-off to the same extent as it helps the wealthy. Yet again, the government is being criticised for implementing a manifesto pledge while, at the same time, chipping away at its declared aim of “levelling up” the people and regions that have been left behind.

The proposals for the new cap on social care were originally put forward by the Dilnot commission in 2011, which had been set up by the Cameron government to look into this area. The cap relates to the amount that anyone in England spends on social care over their lifetime.

Under the plan, the cap is to be means tested. Anyone with over £100,000 in assets (the upper capital limit) will be required to fund their social care costs until they have spent £86,000, at which point the local authority will take over. Those with less than £20,000 in assets (the lower capital limit) will have their social-care costs fully paid for by their local authority.

Under these proposals, people will also be required to use their income – and, if necessary, wealth – to pay for non-care costs relating to accommodation and food. These costs will be capped at £200 per week for all but are not included as contributing to the social-care cap.

Each person’s local authority is to be responsible for determining the financial plan for their care. It will calculate when the social-care cap will be reached and the person no longer has to contribute.

To be sure, the new system will protect those currently paying substantial care costs from the fear of not knowing how much they will have to pay. This marks an improvement as there is currently no insurance policy which offers protection against such uncertainty.

However, calculating when the £86,000 cap kicks in will be complicated. Wealth, income and benefits all need to be taken into account anew, each year.

But the bigger issue is that people in parts of the country where houses are valued in the tens of thousands rather than the hundreds of thousands will suffer relatively more, with the possibility of losing a maximum of 80% of their savings and still potentially having to sell their house.

However, the way the new system has been devised means that while the person with £200,000 will now lose much less of their wealth (43%), the person with £100,000 would still lose almost everything (80%). This is clearly unfair.

It means that the less well-off – but not the destitute – will suffer the most. It’s the same problem with the new health and social care levy with which the government aims to fund social-care reform. The levy has been derided for not including any kind of wealth or income tax but instead being linked to a rise in national insurance contributions.

Hard-working parents who, through no fault of their own, have illnesses which require substantial care will still see their assets dwindle almost to nothing and will be unable to help their children as intended. The cap on social-care costs thus works out, effectively, as an inheritance tax for these families.

On the other hand, someone with a £1 million house is vanishingly unlikely to lose it to care costs. They can even pass that home on to their children completely free of inheritance tax of 40%, because in 2017 the UK government introduced an extra nil-rate band for married couples and registered civil partners to pass on their main residence and assets up to £1 million tax free (compared to a nil-rate band of £325,000 for a single person) to their children.

The cap on costs is also not quite what it seems. Under the new rules, people in care –- whether at home or in a care home –- will be able to make voluntary top-up payments to cover improvements to their care, such as a premium room in a care home. This might cause difficulties when the cap is reached, for example if the person does not wish to be relocated to a home which provides the basic care as specified by the local authority but not the upgraded care they or their family have sought out. To continue receiving this care, they would have to pay for it themselves.

Equally, the costs of care used in council calculations will only be based on what the local authority itself would pay for that level of care. In many cases that will be less than the amount that individual self-funders currently pay –- so again, people could end up paying beyond the cap.

The cost of the cap, which will be felt by tens of thousands of people, is only for the relatively modest saving in government revenue of £900 million. This is a small figure, compared with the £12 billion the health and social care levy is set to bring in.

This article was written by Janette Rutterford, Emeritus Professor of Finance and Financial History, The Open University Business School.