by Dr Helen Roby, a research fellow at The Open University Business School’s Institute for Social Marketing. She is part of the research team working on the Disruption project.

While the media loves extreme weather scaremongering, most businesses have learned how to cope. 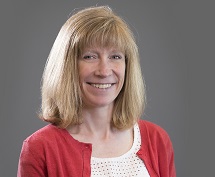 Headlines can paint a picture of the UK economy struggling with extreme weather conditions – businesses forced to close, employees not paid because they can’t get to work, and road and rail networks grinding to a halt.

But we’ve found, from our three-year project investigating how businesses and people react during disruptions, that this isn’t the case. Our routines are more flexible than we think, and organisations are more adaptable thanks to better continuity planning, wider use of technology and the willingness of employees to work from home.

However, severe weather conditions do obviously present a significant challenge. The Federation of Small Businesses estimated that 20% of the UK’s working population didn’t make it into work during the freezing winter weather of 2010-2011. This wasn’t just due to problems with the transport network. The closure of schools meant many parents had to take time off to care for their children.

Businesses aren’t legally obliged to pay staff that are unable to get to work because of the weather, and some workers do end up losing a day’s pay or being forced to take a day’s holiday. This is understandable, perhaps, when you consider the cost to business; during the 2010 cold spell the estimated losses to the economy from reduced numbers of staff able to get to work were cited by the media as anywhere between £280 million to £1.2 billion per day. But when you look at GDP figures for the whole year there is no discernible effect.

Businesses have learnt from previous disruption 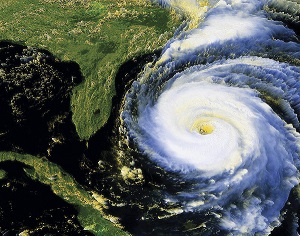 Our research found that many have developed continuity plans for staffing, which ensure their key operations are maintained. For instance, many in the service sector can make use of technology to enable their staff to work from home. The prevalence of broadband internet – and the willingness of people to work flexibly and remotely – has certainly made this easier.

One manufacturing company had a plan to ensure skeleton staff could get in, in the event of any weather disruption. Key people lived within walking distance or could work from home. In another case a call centre diverted operations to another site where travel was less disrupted.

Much of this work in developing continuity plans was the result of the pandemic that never was: swine flu. Businesses were concerned that if there was a flu pandemic they would need to be able to operate with reduced staffing numbers as people fell ill or had to care for others.

Company attitudes to staff unable to get in to work vary. A manufacturer we spoke to took the approach that too few people would be able to safely get to work, so the site would shut and staff could make up the lost hours over a period of time. Another company took a stronger line, in some cases disciplining employees who arrived late or couldn’t get in. But this was counter-productive and the issue was exposed in the media, which brought about a change of heart. However, staff relations had already been soured and the organisation’s image undermined.

Interestingly, many businesses did not see being closed for several days as a big problem as long as key operations were able to continue, which questions the fairness of docking pay.

While extreme weather in the UK is rare, interventions could be developed to address any disruption. Support for employees forced to stay at home, such as developing alternative childcare options in case schools shut; investing in fast broadband to enable home working; or investing further in continuity planning to keep businesses running with reduced staff, should all be considered.

To discuss how we might work with you to develop your people, contact us for a preliminary chat with one of our advisers: