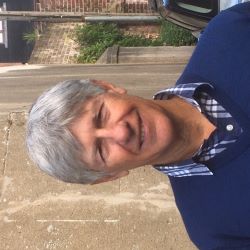 Tim Pitt’s is affiliated with The Open University's Department of People and Organisation.

You can email Tim Pitts directly; but for media enquiries pleases contact a member of The Open University's Media Relations team.

Tim works for a major STEM publisher and his role is to research certain subject areas for book publishing opportunities and commission authors or editors to write them. The subject areas he is responsible for is wireless communications (the technology that they will be using in 5-10 years time), computer vision and medical imaging. In a career spanning over 30 years, he has published all kinds of books: from textbooks, industry focused practical ‘know-how’ books to big reference works. Being from a social science background, he has not understood a word of them!

As an undergraduate in the mid 1970s Tim found the ideas on work and identity of Hegel, Marx, Heidegger and Sartre very stimulating. This was a time before Foucault came to the stage!  Once in the workforce he noted how his experience of self and identity in the organisations were deeply influenced by his own psychology, organisational practices, relations with managers and colleagues.  He became interested in organisational theories which led him to do an MSc in Management Development and Organisational Change (2001-2003), at the University of Bristol.

Here Tim discovered the rewards, even joy, of carrying out research: to discover his co-workers’ experiences of being managed in a small family owned publishing house. This gave him great case study material of how family dysfunction played out in the organisation. It was not surprising, therefore, that he discovered psychoanalytical organisational theorists, with Kets De Vries’s The Neurotic Organization being an often dipped in resource.

Tim's PhD is continuing with the theme of workers’ (non-managers) experiences of the workplace and the effects on self and identity. His focus, however, is on the worker in their 50s and 60s, an under researched section of the workforce. As a worker in his mid-60s, it seemed an appropriate age-range to research, one in which he has monitored his own experiences, and are continuing to do so.

Tim is in his 2nd year of his PhD (part-time) and has just taken some pilot interviews as he works to complete his mini-viva. He has really enjoyed doing the PhD so far as it brings all together his work experience, his interest in theories of self and identity and organisational studies. It has definitely given him a spring in my step!

Tim plays and coaches cricket and enjoy the highs and lows that cricket brings, as well as enjoying the camaraderie of being part of a team. He has given up supporting the English cricket test team to avoid inevitable disappointment!

Tim plays badminton in the winter and love the speed and dexterity the game requires. The most transformational thing he has done is Tai Chi/Chi Gung which he started over 30 years ago; he stil does practice Chi Gung most days. He has even tried his hand at Kung Fu which speeded up his reactions in sport no end!