In announcing his plan for funding social care reform in England and the NHS COVID recovery, prime minister Boris Johnson has to honour a promise he made two years ago on the steps of Downing Street.

At the behest of the then coalition government, the Dilnot Commission looked at how to fund social care while protecting those unlucky individuals who have to hand over all their assets to pay for long-term care. Following economist Andrew Dilnot’s lead, Johnson’s new proposals will allow people with financial assets of less than £100,000 to access government financial support for social care. There will also be a cap of £86,000 for anyone’s lifetime social care costs.

The big difference between this and previous attempts to address the social care problem is that the government has now worked out how to fund the plan. It is proposing to blend NHS pandemic-related costs and ongoing social care funding in one annual levy.

The decision not to include any kind of wealth or income tax, which would be the fairer option for solving the social care funding crisis, has proven controversial. Moreover, in bundling together NHS and social care costs, the two services are likely to be at odds with each other, rather than looking for ways in which to cooperate more closely. 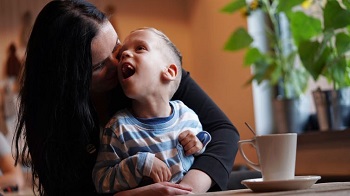 In working out how to pay, the government really only had two choices: tax more or borrow more. COVID has put paid to the borrowing option, with government debt (including the debt raised to pay for the pandemic) now at levels not seen since the two world wars.

Raising taxes was seen as the only option. In both the first and the second world wars, income taxes were also raised on both earned income and unearned income, which was already more highly taxed. And companies paid, too. In particular, those companies considered to have made money out of adversity were charged an excess-profits tax.

It would seem logical, in order to cover NHS costs relating to the COVID-induced backlog of cases, to impose a separate one-off COVID tax on those firms that have made money from by selling PPE to the NHS or PCR tests to travellers.

The government’s promise is that the funds raised – some £14 billion a year – will be ringfenced for spending on the NHS and on social care.

Many voters also believe –- erroneously – that taxes linked to a particular issue can be ringfenced and only spent on that issue. This is not the case. Whatever their good intentions might be, UK governments are not forced to ringfence such tax receipts. Here however, the government intends to enshrine this ringfencing of the health and social care levy in law.

Johnson and the Chancellor of the Exchequer, Rishi Sunak, both believe that such a levy will be more popular with voters than the alternative of income tax. A levy sounds less permanent than an income tax and gets around the Tory party manifesto promise not to raise national insurance contributions (NICs) or income tax in this parliament. Its name appeals to voters who view the NHS as being a worthy recipient of government funds.

With only a few days for people to voice objections, the initial proposals have been tweaked to pacify Tory MPs who believe that linking the levy to workers who pay NICs saddles less well-off younger workers with the costs while older people’s assets are protected. Working-age individuals start paying NICs when earning as little as £9,500 a year and those over state pension age don’t pay NICs at all. 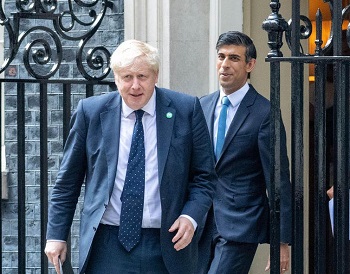 Johnson and Sunak are counting on the levy being more favourable with voters than an income tax rise might have been.

To answer this criticism, the government has extended the levy to include those earners over state-pension age. But this doesn’t begin to solve the problem of linking the levy to NICs. Pensioners will only pay tax of 11% on average pre-pandemic income of £28,388, compared with 20% for working-age individuals, because state and private pension income is exempt from the levy. The self-employed will also suffer less as there is no equivalent for them of employer NICs.

Dividend income, meanwhile, is to be liable to the levy, but not capital gains. Those liable to the levy are not the people who will benefit most from these proposals. For example, unless you are going into a care home and have no partner, your home will be excluded from means testing of assets. Those who don’t own their own home and who rent and have financial assets will be penalised compared to property owners.

This rushed legislation claims to solve the social care funding problem. But it does not solve the problem of how to merge health and social care into one efficient, effective and caring service, paid for fairly by all those who may need it in the short and long-term. As currently outlined, yet again, it is the younger generation who will pay more than their fair share.

This article was written by Janette Rutterford, Emeritus Professor of Finance and Financial History, The Open University.