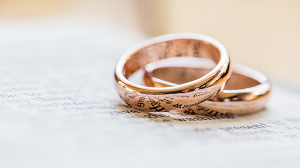 Coronavirus disruption to weddings has highlighted the complexity and antiquity of marriage law and reinforced the need for reform, a new study shows.

During the pandemic the ease and speed with which couples were able to marry has depended on their chosen route into marriage – religious or civil – experts have found.

Rules to prevent the spread of the pandemic attempted to strike a balance between getting married as a legal event and a wedding as a social event, and this has failed to please anyone, according to the research.

As lockdown loomed, couples marrying in the Anglican church were able to apply for a common or special licence rather than waiting to have their banns read. During the first lockdown alone, the Church of England’s Faculty Office issued 104 special licences in order to enable the marriages of those who were terminally ill, or who had a close family member who was terminally ill, whereas it would normally issue only 40 for this purpose in a whole year. By contrast, the Registrar-General – who is responsible for civil weddings - issued fewer licences than usual for this purpose.

The research was carried out by Professor Rebecca Probert, from the University of Exeter, and Dr Stephanie Pywell, from The Open University. They surveyed 1,449 people whose plans to marry in England and Wales had been affected by COVID-19 during the first lockdown in summer 2020.

Of these, 625 had been unable to marry on their intended wedding date as it fell during the period of lockdown. Just 10 managed to bring the date forward and marry before the start of lockdown, while 615 had to postpone their plans. A further 793 couples had been planning to marry between the end of lockdown and the end of 2020 and had had to change their plans in some way.

The remainder had either been prompted to marry in England and Wales on account of COVID-19, or had decided to postpone their wedding indefinitely, were no longer planning to marry, or were unable to marry.

The limited number of venues in which couples can marry made it impossible for most couples to marry during the pandemic, although they were able to do so in some other countries. We argue that the laws governing marriage in England and Wales must be fit for purpose in the twenty-first century, so that couples can marry with relative ease if there is a similar nationwide crisis in the future.

The researchers say all these options deserve serious consideration, and that legislation should be amended to make this option available during any future emergency.

For those couples who simply wanted to be married, having to wait until weddings were permitted to go ahead with 30 guests was particularly frustrating, especially since pubs, restaurants, and gyms had been able to open earlier. Allowing marriages to go ahead earlier, with the minimum number of persons required by law, would have mitigated some of their anger and upset.

Reform is clearly needed, but any such reform has to be holistic rather than piecemeal, and we hope that our findings will strengthen the case for making weddings law simpler and more flexible for the future. The fact that for much of 2020 and for 2021 so far couples were either unable to marry, or unsure as to whether their planned wedding would go ahead, led many to reflect on just how important it was to them. A wedding should be available to couples at the best and worst of times.

Student Hub Live: Lost in translation: Navigating the challenges of communicating in a globally connected world