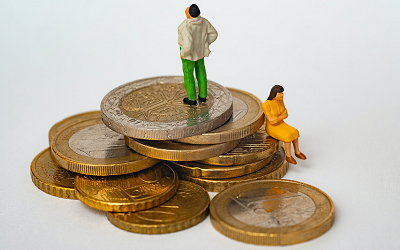 The Bank of England has raised rates, a recession is looming and cost-of-living issues are dominating the headlines.

Martin Upton is a Senior Lecturer in Finance at The Open University Business School, who spent 17 years working in the financial services industry before moving into academia.

Here, he warns people against ill-judged decisions through the cost-of-living crisis and advises young people not to scrimp on their pensions.

“As someone who has monitored personal finances in the UK for many decades I can confirm that the current cost-of-living crisis is the greatest challenge to households for over forty years.

Price inflation is now at 9.4% when it was 2.5% this time last year. Both fixed and variable mortgage interest rates have risen this year following the upward move in the Bank of England’s Bank Rate. Some lenders are charging rates in excess of 6%.

Homeowners who borrowed large sums in the past decade when interest rates were rock bottom are now being particularly hit by these higher rates.

Although off its peak, a litre of unleaded petrol is still close to £1.80 compared with around £1.45 at the start of the year. With the coming revisions to the price caps, annual energy costs for the average household seem set to rise to over £3,600 in the coming months, having been around only £1,300 earlier this year.

The risk is that in trying to cope with rising prices, households make ill-chosen decisions about where to economise and how to make the household budget balance.

Government unlikely to come to the rescue

Many households may hold-off taking action in the expectation the Government will come to the rescue – but any help from this quarter may only be limited. Worse still, many will take on more debts to help cover rising living costs.

So today’s cost-of-living crisis is a massive challenge for all of us – but now is not the time for people to put their heads in the sand and hope the nightmare goes away.

What should families do in the face of the cost-of-living tsunami? The media has been awash with lists of things to help the household budget – often the usual tips (cut back on takeaways, fewer Costa coffees, shop at cheaper supermarkets etc).

A full analysis of household finances is needed. Whilst these tips are helpful, my guidance is that first, families should make a proper attempt at detailing the household income and expenditure. It’s basic stuff, but like many things, many people plan to do this but never really go about it properly (rather like promising to do more home cooking and ending up heating up meals in the microwave). A full analysis of household finances is needed to grasp the scale of the challenge faced.

Without it, though, families are in no position to understand how their finances stack up. Some may find they are lucky enough to deal with the current crisis by just tweaking spending here and there. For most families more severe action is going to be needed.

You may need to stop holidays; sell the second car

This means such things as going without holidays (or at least that two-weeker in Spain); or binning the second car; taking an evening job. Clearly these are major sacrifices – but this cost-of-living crisis will require families to consider such things.

And the huge concern is that these choices may simply not be available to those on low incomes with the result that the action needed to balance budgets will become more drastic, like turning heating either down or off.

Young people trying to get onto the property ladder, as well as having to deal with higher fuel, food and energy bills like the rest of us, face a particularly big challenge.

The outlook for younger people

Much depends on their family circumstances. If they expect to inherit property and other wealth (or perhaps hope that their parents will use equity release to raise cash for them) there is a light at the end of the tunnel.

Those not in this situation will face insurmountable issues. The worry is that some may choose to mortgage the future by cutting or ceasing contributions to their pensions to bail themselves out today.

This would be a foolhardy economy. Given that today a full state pension only amounts to £9,628 for the year, it is of paramount importance to provide for a personal pension on top of what the Government can afford to provide.

Cutting your pension contributions is foolish

Dealing with the current financial crisis by cutting pension contributions would be foolish – and illogical too given the income tax relief you get on these contributions.

The nation has faced tough times before and we’ve got through them. But now we are going to have to adjust to a position where, going forward, living standards are not as high as they were in the 2000s or even the 1990s.”

Free courses to help you include: 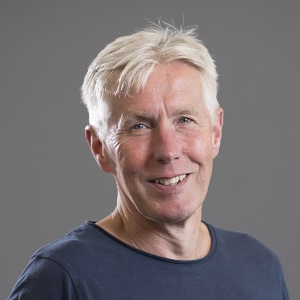