Academic reveals the psychology of spending this Christmas 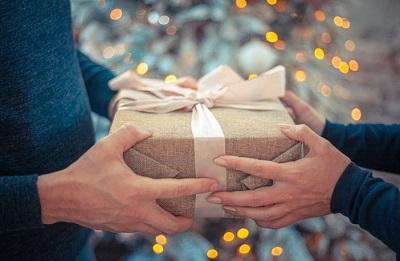 If you associate money with love, freedom, power and status, then hold onto your wallet or purse this Christmas as it's more likely you will be a big spender.

That’s according to an academic at The Open University who is a leading expert on the psychology of money and, through years of research, has spotted the traits that lead people to either spend unwisely or be more prudent.

Mark Fenton-O’Creevy is Professor of Organisational Behaviour and he advises that if you want to keep yourself in check this Christmas, you need to know what your triggers are and learn how to avoid them. If you are also emotionally vulnerable you are more likely to spend impulsively and that it’s no surprise that the pandemic has had a big effect on our spending habits.

“It has challenged us all but in different ways. For some there has been financial hardship, for many there has been stress and anxiety, including worries about job security.

“Some will respond by being much more careful with their money. Others may use spending to repair their emotions and try to rediscover a sense of normality.

“But one important factor in how people will respond to spending this Christmas will be their attitudes to money. Those who associate money with love may be most at risk of overspending at this time of year; seeing what they spend on gifts and food as a way of demonstrating their love.

“Those who associate money with power and status are more at risk of overspending to give a message to others that they are doing well and in control of their lives.

“People who look upon money as a source of freedom may be particularly prone to spending money to ‘escape the prison of the pandemic’ by splashing out on an expensive holiday.

“But people who see money as security are a lower risk of letting their finances get out of control. For some in this group, the anxiety of the pandemic may have increased the desire to put money aside as a buffer against risk.

“Perhaps even at the expense of being unwilling to spend in affordable ways that could improve their enjoyment of life.”

His most recent research on anxiety to money resulted in a paper called ‘Financial Distress and Money Attitudes’ where he devised a measure of financial distress used by Moneysupermarket.com, that was used to put a slew of questions to a sample of 2,000 adults.

The figures, captured after the worst of the pandemic, showed that almost a third (29%) worried about job security and 28% constantly checked their banking app out of anxiety.

Almost a quarter of respondents worried about not having savings for emergencies (24%) and a fifth fretted about a large unplanned bill appearing on the horizon (21%).

Professor Fenton-O’Creevy says a better focus on attitudes and emotions in financial education could go a long way to supporting financial wellbeing.