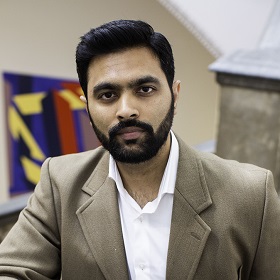 Waqās is a Visiting Fellow working with Executive Education in OUBS.

Waqās is considered a world authority on multidisciplinary thinking and versatility. He works with organisations across various sectors to integrate such approaches into their strategies and operations. He is the author of the internationally acclaimed book The Polymath (Wiley 2019) and is founder of the DaVinci Network.

His ideas arise from extensive research as well as his own exceptionally diverse academic and professional background. He holds a BSc in Development Economics (SOAS) and postgraduate degrees in International History (LSE) and Neuroscience (King's College London).

His two main professional careers have been in diplomatic journalism (Global correspondent, FIRST Magazine) and visual art (Artistic Director, Khalili Collections). He has published articles on a range of subjects including philosophy, art, history and education.

Waqās’ work has been featured in or reviewed by the Financial Times, Forbes, the BBC and The Lancet.