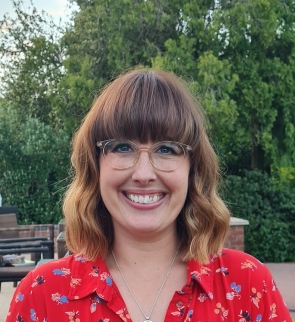 I have been working and researching in the field of domestic abuse for over 20 years.  I initially worked for the police as a Domestic Abuse Officer, before working for a large Women's Aid organisation, managing a number of community-based projects.  In 2014, I joined the University of Worcester as a lecturer specialising in violence and abuse and in 2017 I became the course lead for the Master's degree in Understanding Domestic and Sexual Violence.  I am passionate about improving the service that victims of abuse receive when they contact the police, and this has informed many of the projects I have worked on in recent years.  I am committed to designing and producing research that improves our understanding and that ultimately, improves the lives of those impacted by violence and abuse.

My PhD explored the impact of a court-based Independent Domestic Violence Advisor (IDVA) service on prosecution outcomes and found that victims who were supported by IDVAs were more likely to attend court, which in turn resulted in more successful prosecutions.  Importantly, this research considered what it was about the IDVA service being based in court that led to these outcomes.  Since then, I have continued to research IDVA services, including an evaluation of a large IDVA service in Southern England as well as a co-located IDVA service in the North East.  In 2016, I was commissioned by the Home Office to lead a project with victims of stalking and harassment who had contacted the police.  This formed an essential part of the first ever Joint Criminal Justice Inspecortate report into the police and CPS handling of stalking and harassment in 2017.  Following on from this research, a number of changes were made to policy and practice throughout England and Wales to ensure that victims were taken seriously and offered protection under the law.  I have also researched the personal experiences of nurses and ambulance staff who are victims of domestic abuse and the challenges they face in accessing support from their employer.

I have substantial experience in teaching theories of domestic and sexual violence and the historical, social and political context in which they emerged.  I have also taught research methods for a number of years, with a particular focus on the ethical challenges of research with victims of abuse.

Reporting Harassment and Stalking to the Police: A Qualitative Study of Victims’ Experiences (2021-06-01)
Taylor-Dunn, Holly; Bowen, Erica and Gilchrist, Elizabeth A.
Journal of Interpersonal Violence, 36(11-12) (NP5965-NP5992)