Film reveals the positive contribution of the UK’s asylum seekers You’ve probably read the headlines, seen some footage on television or online, no doubt formed your own opinions – now a short documentary film jointly researched and produced by an OU academic may challenge these preconceptions and beliefs.

Dr Vita Terry, a Research Fellow in the Centre for Voluntary Sector Leadership (CVSL) at The Open University Business School, has worked in, volunteered for and researched asylum seeker and refugee third sector organisations for her PhD.

She collaborated on the documentary which is being shown for the first time at the Centre’s inaugural conference, Putting leadership and collaboration into practice in a changing voluntary sector, tomorrow (Thursday 22 March). This local community engagement event will be discussing key issues facing leaders in the voluntary sector. The event is now fully booked but is being livestreamed in the morning although this does not apply to the documentary itself.

Shot in November 2017 and edited in recent months, with the Centre supporting the production costs, it is then hoped the film will be screened at film festivals and other conferences throughout the year. It has been subtitled to support those learning English who feature in the film, with the added advantage of ensuring it is inclusive to the deaf and hard of hearing.

Vita believes the story of South American ‘Juan’ (not his real name), whose future is still uncertain despite already being here for five years, is a must-watch for those who ignore the important contribution asylum seekers are making in the UK. There is also a general failure to appreciate that these same people are fleeing persecution in their homeland and at risk of harm if they or their families are forced to leave. 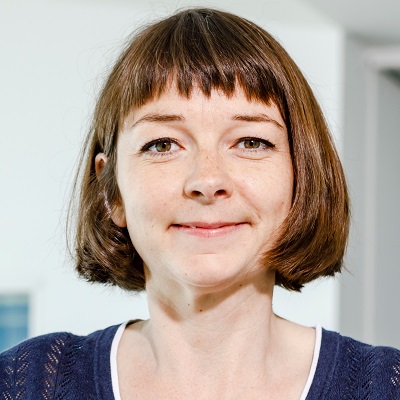 Juan wanted to do the documentary because he feels he is stigmatised on a daily basis for being an asylum seeker. He feels it’s wrong they’re called ‘spongers’ as he desperately wants to help integration and improve social cohesion. His story underpins the journey of collective leadership with two church pastors, English teachers and a librarian also being interviewed amid the backdrop of various migrants. There is no perfect or happy ending, however, and it does raise lots of questions.

As well as initially running the English classes at his own home, Juan has organised cultural events and tried to build a sense of community with no outside funding, although the Police, local churches and the local council are all involved. With not enough Government-funded English classes, he has seen a need in the community and runs all these services which are open to all ethnic minority groups and migrants, not just asylum seekers.

Vita jointly researched and produced the documentary with Andy Jolly from the University of Birmingham (whose PhD was on food poverty in undocumented families). The other producer was Kate Dangerfield from the University of Roehampton (PhD on media accessibility and filmmaking) who enlisted Joseph Mannion to direct as he runs his own business called Pal.

“The film-making and editing has been a really exciting collaborative process; we learned a lot from each other and we’ve been in dialogue all the way through the editing stage. It’s been a multi-disciplinary piece of research, drawing on our different expertise, and we were keen for it to be co-produced with Juan. From an academic perspective, I’ll be writing papers as a result of this on issues such as community leadership.

The Open University is celebrating its Year of #Mygration in 2018 – read Vita’s blog on her experience of the film-making process as part of this campaign.

Find out more about The Centre for Voluntary Sector Leadership.